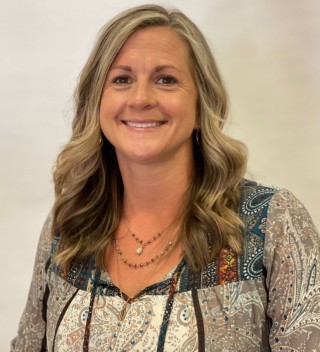 Laurie grew up in Franklin, TX and graduated in 1999. She attended Texas A&M University where she received a degree in Agricultural Development. Laurie met her husband, Brandon Leggett (who was scheduled to deploy to Iraq) her last year in college and they got married when he came home from his deployment.

Laurie and Brandon have been through 5 deployments together and lived in many different places: Fort Rucker, Alabama; O’ahu, Hawaii; North Pole, Alaska; Fort Huachuca, Arizona; Gatesville, Texas; and now Eola, Texas where they recently built their forever home and plan to stay put. They have 2 sweet daughters, Madison and Maci, who attend school in Wall, Texas.

Laurie worked for two different insurance agents while they were stationed in Alaska. She most recently started with Trimble-Batjer in January. She is new to San Angelo but ready to put down roots with the company to grow and further her career. In her free time, Laurie likes to run, work on personal development, and spend time with family and friends.

Return to the staff page.

Ready to Request a Free Quote? GET STARTED TODAY